Zika Virus When Trying to Conceive 2017

At the beginning of last year, we posted a blog with warnings and information about the Zika virus, as well as what you needed to know if you were trying to conceive, or recently found out you’re pregnant.

The mosquito-borne, Zika virus is a bit of a mystery; on one hand, you can be infected with Zika and not even know it, or only experience symptoms akin to a mild flu, on the other hand, pregnant women who contract it are more likely to have babies born with severe birth defects, including brain- and neurological issues and microcephaly. There is also a link between pregnant women with Zika and the development of Guillain-Barré syndrome (GBS).

Unfortunately, what was once isolated to other continents, namely Africa and Latin America, has now made its way into the United States.

Babies Born to U.S. Women Who Contract Zika While Pregnant Are at Significantly Higher Risk

Doctors in Brazil were the first to recognize pregnant women who contracted Zika had babies with higher rates of birth defects, including microcephaly. Medical professionals sounded the alarm and health organizations across the globe enlisted the media to spread the word. The mission was to isolate the spread of Zika as much as possible by advising volunteer travel restrictions – specifically for pregnant women – and by promoting mosquito prevention tactics.

The downside of the “it’s a small world after all,” is that Zika inevitably made its way the United States – first to Florida and now cases have been reported in Texas as well. Currently, the CDC reports there have been 5,109 cases of Zika infection in the U.S. The large majority of those were contracted while traveling abroad, 221 are presumed to have been contracted by local- mosquito-borne transmission, and 75 are thought to have been transmitted through sexual contact. Those statistics have ramped up efforts to get the word out about Zika.

Because the virus is relatively new on the global radar, experts weren’t sure exactly how much higher a risk Zika poses to developing fetuses. Now, however, we have more data to work with and currently believe contracting the Zika virus while pregnant may raise your baby’s risk of developing birth defects as high as 20-times. They released their findings via the CDC’s Morbidity & Mortality Weekly Report (MMWR) this month (March 2017).

Experts derived their projections by reviewing the rate of birth defects in three different states that maintain historic registries of birth defects – Massachusetts, North Carolina and Georgia. When they analyzed records from 2013 and 2014, years before Zika, the rate of babies born with severe birth defects (from live births) – including neurological defects and microcephaly – was 3 out of every 1000. When they reviewed records from 442 pregnant women registered with the CDC, there were 26 infants with similar defects, making the rate 20-times higher (about 60 out of every 1000).

It’s important to note, however, that the Zika numbers included fetuses that were miscarried or aborted, as well as live births – so this initial rate is potentially inflated. Even so, it does show what a tremendous effect the Zika infection can have on a developing fetus.

If you’re trying to conceive, or have recently found out you’re pregnant, Zika prevention should be a top priority. We don’t like to scare anyone, but with Zika now in Florida and Texas, it’s only a matter of time until it crops up in other states.

There are three ways you can significantly reduce your chances of contracting the Zika infection: 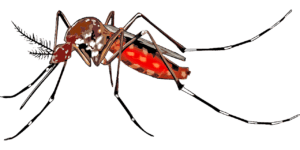 Continue to check the CDC Areas with Zika page to remain up to date. If possible, avoid traveling anywhere where the Zika virus is reported. If your partner must travel to a country or area where Zika has been reported, he/she should take proper precautions because Zika can be spread through body fluids, particularly urine, blood and semen.

If a sexual partner travels to a country where Zika has been reported, the CDC recommends using condoms or dental dams for up to 6-months because we don’t yet know how long Zika lives in bodily fluids – but we do know it has been found in semen longer than any other bodily fluid after infection.

Do all you can to prevent getting a mosquito bite

This spring and summer, do your best to prevent getting mosquito bites. That includes things like removing all standing water – even small puddles or water found on the inside of a upturned bucket lid, sleep underneath a mosquito net, minimize skin exposure – especially during the times of day when mosquitoes are most active, and wear mosquito repellant on exposed areas of skin whenever you’re outside during mosquito season.

You can also visit the CDC’s Mosquito Control pages for more detailed information. If you are pregnant or trying to get pregnant, have a conversation with your doctor to learn more about Zika and to schedule testing if you suspect you may have contracted it.

RRC has over 200 years of combined experience. As a leading reproductive health, infertility, and in-vitro fertilization (or IVF) center based in Kansas City, we're proud to have the highest level of expertise available to our patients.