Ever feel like the pressure is all on you and your female biological clock when it comes to getting pregnant and starting a family? While it’s true that men can father children more frequently than women in their post-40s, 50s and beyond, current research tells us that men are by no means immune to the effects of their own biological clocks when it comes to fertility. 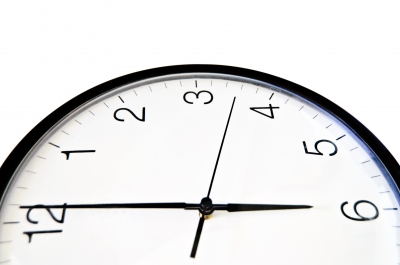 Evidence that has emerged over the course of the last two decades has shed new light on the role of age and male fertility. For example, we have learned:

Those are some pretty heavy findings, and should be accounted for as men – and their partners – consider their future reproductive health.

Here are a few more facts about fertility and the older male:

So what does this mean for you and your partner?

Men Require Fertility Testing Just as Much as Women

Perhaps we should step back, away from the connection between age and male fertility for a moment and review another important fact: Men are about 50% responsible for infertility. While a couple’s infertility is often projected onto the woman, making her the focus, studies have shown over and over again that men and women are equally responsible for infertility in the U.S.
Even so, men are much less likely to seek a doctor’s assistance when unassisted attempts at conception are unsuccessful. According to CNN, “…men are 80% less likely than women to go to the doctor.” If you are an older couple, or a couple where the male half of the equation is 45 years or older, fertility specialists highly recommend that both adults are examined for infertility issues if no pregnancy has occurred after normal sexual activity for six-months or more.

By coming in at the same time, your fertility specialists can make a more accurate assessment of the situation, allowing the two of you to move forward with a realistic plan for future fertility treatments.

Is Sexual Dysfunction Contributing to Infertility?

And that brings us to the topic of “normal sexual activity.” Along with aging and male fertility issues, recent medical research has also established that the more a couple has sex – the greater their chances of fertility will be – even if they aren’t always having sex right around the ovulation window. Since older men, especially those with lower testosterone levels, often have problems achieving or maintaining an erection, premature ejaculation or other expressions of sexual dysfunction, fertility chances can be further diminished.

Even younger men can suffer from sexual dysfunction – sometimes rooted in physical or anatomical reasons, sometimes rooted in emotional ones. The more dedicated your mate is to addressing these concerns, the more sure-footed you will be as you seek fertility testing and potential treatment.

Don’t neglect the importance of the biological clock for both men and women. If you feel age is affecting your ability to conceive a healthy baby, consult with a reputable fertility specialist as soon as possible. While an infertility diagnosis is never desired, the results put the power back in your hands so you – as a couple – can decide how to proceed.

Image courtesy of Ionut at FreeDigitalPhotos.net