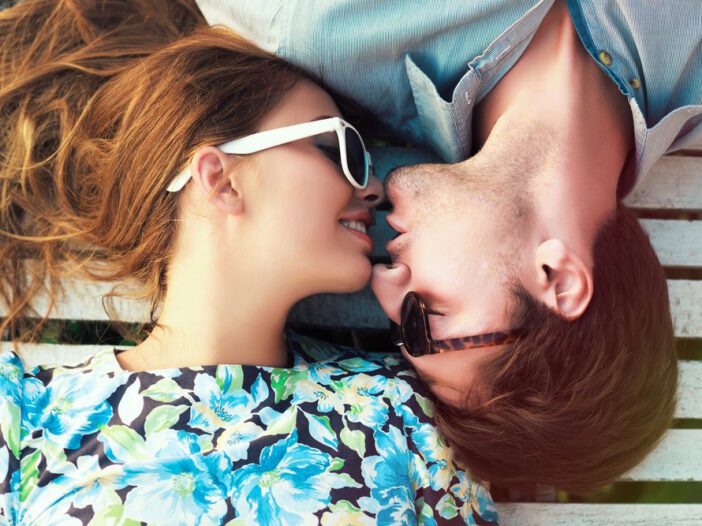 Are you trying to get pregnant (or thinking about getting pregnant sometime soon)? If so, pay careful attention to the lubricants you use while having intercourse or during sexual play. It turns out that some lubricants are more fertility-friendly than others.

Best Lubricants to Use While Trying to Conceive

Earlier this year, we posted articles on Lifestyle Recommendations While Trying to Conceive, mentioning that artificial lubricants should be avoided. That included saliva. Studies show that most artificial lubricants either impede sperm’s ability to swim as needed, and some lubricants may actually harm sperm. For example, human saliva contains digestive enzymes that can damage or kill sperm.

However, the lubricant market is combatting these messages by creating lubricating concoctions advertised as “fertility-friendly.” As a result, we’ve had an uptick of patients wondering if any of these are on the “safe to use while TTC” list.

We understand that lubrication may be necessary for comfortable intercourse. This is especially true for women with vaginal dryness due to age, medical conditions, medication side effects, or the stress factor inherent in trying to get pregnant month after month after month. However, think twice before reaching for lubrication.

In the spring of last year, a group of researchers posted their findings on sperm-friendly lubricants in the International Journal of Obstetrics and Gynecology. Unfortunately, they found that regardless of what the labels say, there is almost no such thing as a completely sperm-friendly lubrication, as all of the current offerings negatively impact sperm motion.

However, they did find that some work better than others. As a result of their research, these are our top fertility-friendly lubricant recommendations:

1. Your natural lubrication that accompanies ovulation

One of the top tips for maximizing fertility at home is to know your ovulation rhythm and time sexual intercourse accordingly. As your body gets closer to ovulating, it produces more and “better” lubrication. We say better because the type of lubrication associated with ovulation is a thick, egg-white-like substance that can string between your fingers. It actually consists of a web-like matrix that guides sperm through the cervix so they’re ready and waiting for the egg.

Do all you can to support your natural lubrication production by:

You can also discuss vaginal dryness with your OB/GYN or fertility specialist for more tips on making the most of what you have so you don’t need artificial options.

Researchers involved in the study mentioned above looked at five different lubricants, including egg whites. Egg whites had zero adverse effects on sperm. If you use lubrication at home, you may want to consider a different route. Ditch the commercial products and buy eggs instead.

You can keep egg whites stored in the refrigerator for up to four days in a sealed container, and they can warm to room temperature for up to two hours to retain their beneficial attributes. Use a medicine syringe or lubrication injector to pre-set some of the lube inside the vagina (start with a little and add more as needed), and the rest can be used where and when you want it.

Again, we want to reiterate that so far, in lab tests, all commercial lubricants impede sperm motion at some level. The researchers stated, “With the exception of egg white, all lubricants caused significant (P < 0.001) reductions in sperm forward progression compared with untreated controls until 24 h after liquefaction.”

That includes brands that advertise they’re fertility- or sperm-friendly. That said, the researchers found that sperm introduced to PreSeed were less impeded by other brands.

Olive oil performed the same as PreSeed (or, we should say, the sperm swam equally as poorly in olive oil as they did in PreSeed, but still better than other sperm-friendly lubes). However, olive oil is not that healthy for the vaginal environment and apt to promote infections, so we recommend skipping it altogether.

The next “best” lube was Optilube, also known as K-Y Jelly. Also used as a sterile medical lube, these water-based lubricants have been go-to sex lubes for decades. But, unfortunately, they’re not very sperm friendly.

YesBaby is toward the bottom of the list. It might be a popular lubrication product, but it’s not ideal when you’re TTC.

Which Fertility Friendly Lube is Best?

At the end of the study, we agree with the researcher’s findings that “…so-called sperm-friendly lubricants enhance fertility were refuted, although egg white appears to be a viable option for couples trying to conceive.”

Are you having a hard time getting pregnant? Schedule a consultation with the Reproductive Resource Center. We’ll get to the root cause and provide expert advice and personalized fertility treatments.