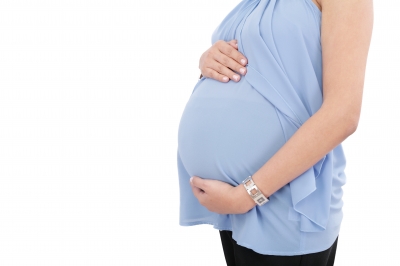 As any woman trying to conceive is aware, hormones are a key to female fertility. Conditions like PCOS and endometriosis are often the results of hormone imbalances that are difficult to rectify because the body’s hormonal balance is so delicate and is constantly in flux. The most common hormones associated with female fertility are:

However, it turns out that androgens – or male hormones – also play a role. We are learning that androgens, such as testosterone, may have a much larger part in the female reproductive cycle than medical science realized. As a result, fertility clinics across the nation are beginning to administer testosterone to some of the women participating in IVF cycles.

A recent study published by University of Rochester School of Medicine and Dentistry states:

There is a raging debate in the reproductive endocrinology field about what male hormones are doing in female fertility… Our study doesn’t solve the controversy, but, along with some earlier seminal studies from other groups, it does tell us that we can’t dismiss male hormones. They might actually be doing something useful… Androgens are increasing follicle growth and ensuring follicles don’t die – exactly what you want when providing fertility treatment…

The study was conducted on female mice and found that androgens, particularly testosterone, are necessary for normal ovarian function. The androgens seem to promote the growth of the follicles responsible for containing and then releasing mature eggs. Male hormones also prevent the follicles from dying at an earlier age. Therefore, women with lower-levels of androgens, and perhaps those who have reduced numbers of androgen receptors, may suffer from fewer follicles altogether as well as follicles that die before the egg has a chance to mature and be released.

Testosterone Treatments May Become a Part of IVF Treatment

It is still a mystery as to the exact roles testosterone and other androgens play on female fertility because the body of evidence is still small. However these recent findings will inspire endocrinologists to dig deeper into the mystery. DHEA (dehydroepiandrosterone) supplements – rumored to slow down the gaining process, improve memory and energy levels, and boost the immune system – are now being recommended for women who haven’t responded well to IVF treatments (Please note: Do not take a new supplement without discussing it with your healthcare professional). While a few clinical trials have shown DHEA to improve IVF success rates, bona fide medical studies have yet to correlate any connection between DHEA supplementation and improved transfer and live birth rates.

However, the recent research from the University of Rochester does seem to indicate that testosterone may be part of the solution for certain women struggling with fertility issues. As a result, some IVF clinics have begun adding testosterone therapy to women who meet certain conditions, via a skin patch or gel applied to and absorbed by the skin, in an effort to increase the number of eggs produced for their IVF cycles. Women most likely to benefit from testosterone therapy are those who are identified as having diminished ovarian reserves as well as women in their 40s who are trying to get pregnant.

If you are preparing for IVF or other assisted reproductive technologies as a result of infertility caused by your age or diminishing ovarian reserves, speak with your doctor about DHEA supplementation and the possibility of testosterone therapy. Increasing your androgen levels might be the little extra boost your body needs to conceive a baby.