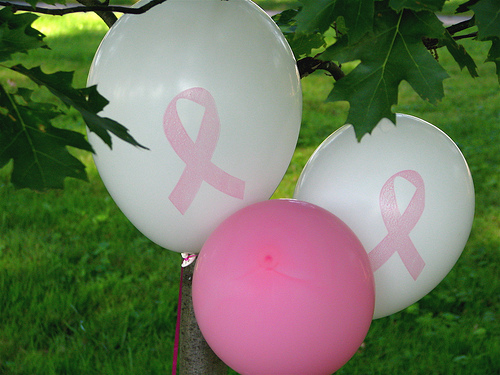 October is Breast Cancer Awareness Month and everything you see is awash in pink.  Survival rates from many types of cancers, breast cancer included, are on the rise.  It stands to reason that a woman must be thinking forward to life after cancer treatment— and what effect her treatments will have had (and will have) on her ability to achieve and sustain pregnancy.

It’s imperative to have conversations about your desire to start (or continue) your family before beginning cancer treatment.  Your fertility can and should be taken into consideration when planning your course of treatment.  There are many high-tech options for preserving one’s fertility.  These include (but aren’t limited to) ovarian tissue freezing, freezing embryos, freezing mature eggs and even completely removing a woman’s ovary prior to cancer treatment.  The removed ovary is then stored until the woman gets the “green light” from her oncologist that she in remission, and at that point, it is transplanted back into the woman’s body.

Cancer treatment often consists of radiation, chemotherapy or a combination of the two. Various reports have been published on the radiation dosage necessary to cause loss of ovarian function. Lushbaugh and Casarett (1976) have shown that women under 40 years of age are less sensitive to radiation-induced ovarian damage.  It has also been shown that uterine radiation is associated with infertility.

Meirow et al (1999) reported that patients who recover from ovarian failure after high-dose chemotherapy or radiation treatments should not delay childbearing for too many years. These patients should try to conceive after being disease-free (in remission) for a few years; but not less than 6-12 months after the treatment, owing to the possible toxic effects of the treatment on maturing eggs.

Little is known regarding IVF success rates in female patients who were treated for cancer. Ginsburg et al.examined 15 patients retrospectively in 2001, and discovered they had a poorer response to gonadotropins (hormones used to treat infertility) than women with locally treated cancers. In a retrospective study, Dolmans et al. examined the effect of chemotherapy directly before an IVF treatment in a small number of patients (four patients who underwent IVF in an interval between two chemotherapy regimens vs seven patients who underwent IVF before starting chemotherapy) and reported a dramatic reduction in IVF efficacy even after only one regimen. It was thus recommended that for women whose cancer therapy can be delayed, IVF with embryo freezing should be offered before chemotherapy and not after.

There are many things to consider if you are faced with cancer.  It’s smart to add your fertility to your checklist of questions to discuss with both your oncologist and your obstetrician BEFORE beginning treatment.